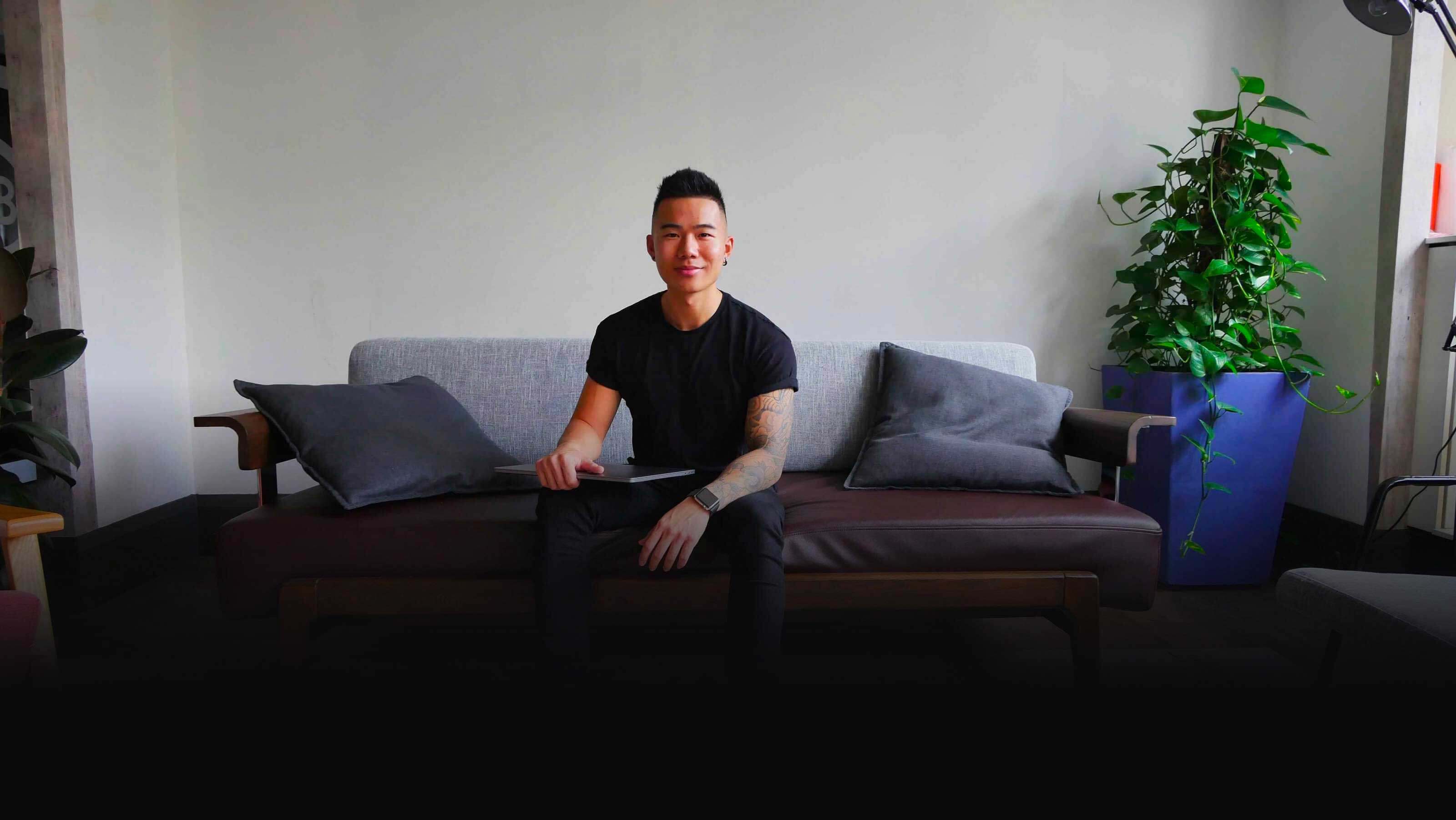 Binging Jackie Chan movies growing up led me into believing I was destined to become a Shaolin Monk. However those aspirations were short lived. My sister later introduced me to Gunbound and Neopets, two highly popular online games. This led me down a rabbit hole of discovering the internet, creating my very first website and generating over $300,000 through affiliate marketing at the age of 18.

I pushed my first pixel and wrote my very first line of code in 2008. Since then I have been blessed with an abundance of opportunities. I have had the privilege to lead design for 2 Australian listed companies; HiPages (HPG) and Freelancer.com (FLN).

Between 2014-2015, I was also given the opportunity to work with some of the world's largest tech companies; Google, Facebook, Apple and Microsoft. I did date the idea of leaving everything in Australia behind, but I decided to pursue my passion for business instead.

In 2015 I jumped out into the world of business to begin my freelance journey. Between 2015 and 2020, I scaled my freelance gig into a 10 full-time person design agency called Mizko Media. Throughout this experience, I led strategy and design for 100+ companies, helping them raise over $500M+ in venture capital. You might even recognise some of the startup and brand names:

Building an internationally recognised design agency unlocked endless opportunities. This included everything from:

In 2021 I have re-prioritised my attention across a few areas. Education, advisory and mentorship. Mizko Media still operates but on a much smaller scale with a focus on a very selective clientele.

If you want to learn more about me or even catchup over a coffee (or a Zoom-ffee), get in touch and I'd love to chat.

Thank you! Your submission has been received!
Oops! Something went wrong while submitting the form.